Gut Health and the Depression Connection

At least once a day I am explaining to someone that we ‘live and die through our gut’. Trying to bridge the gap in people’s way of thinking to help them understand that everything that they put in your mouth will have a positive or negative affect on their body; is a battle. I am not quite sure where or when the disconnect happened. I certainly do not know everything however; I am amused when people want to debate and defend their daily use of artificial sweeteners, long term daily antibiotic use, long term daily Proton Pump Inhibitor use and the frequent consumption of highly processed foods. There are many more offenders than just those I previously mentioned however; I only chose to list those because they are relative to, and a constant in a number of cases with unresolved symptoms of depression I have been involved with. Remember now that I am going to focus on the health of the gut, also known as ‘the second brain’ and how the use of (or combined use of) the aforementioned products can effect mood.
Starting with artificial sweeteners; I have yet to be able to reach some people regarding the deleterious effects of the consistent use of them. Many of the symptoms they may be experiencing are related to the use of artificial sweeteners and yet, though they may make significant changes in their nutrition and lifestyle, they will not let go of the artificial sweeteners. The phenylalanine in aspartame dissociates from the ester bond and increases dopamine levels in your brain. This can lead to symptoms of depression because it distorts your serotonin/dopamine balance, and by the way, 95% of the body’s serotonin is found in the gut. Artificial sweeteners reduce the amount of good bacteria in your intestines by 50 percent, increase the pH level in your intestines, and affect a glycoprotein in your body that can have crucial health effects, particularly if you’re on certain medications.
It’s truly disturbing that Splenda can destroy up to 50 percent of your healthy intestinal bacteria, as these bacteria help maintain your body's overall balance of friendly versus unfriendly micro-organisms, and support your general health. So it would make sense that with even just this one insult to the gut’s balance that serotonin levels would be adversely affected.
Antibiotic use is another major gut flora disruptor. Antibiotics deplete intestinal flora. Antibiotics deplete nutrients such as biotin, inositol, B1, B2, B3, B6, B12 & vitamin K. The intestinal flora is depleted affecting nutrient absorption AND the nutrients are be depleted. Look at the list of depleted vitamins and you will see they are mostly B vitamins. It is a well-known fact that along with a proper mineral balance, B vitamins are essential for mental and emotional well-being. Our body cannot store B vitamins so it is vital that they are repleted daily with a high quality diet and/or supplement. Add caffeine, alcohol, stress, nicotine, or refined foods to the mix and even more of your B vitamins are getting destroyed making them completely unavailable even if they could be properly absorbed. Long term use of antibiotics can lead to a low Hydrochloric Acid (HCL) level.
Low HCL has been associated with many other common health problems, including malabsorption of vitamins and minerals. Levels of Vitamin C and B12 are often low in individuals with impaired stomach acid. Minerals, such as iron, calcium, magnesium, zinc and copper, may be low because they require an acidic environment for absorption.
Proton Pump Inhibitors are acid (HCL) blockers. They are prescribed to patients with acid reflux symptoms. These drugs were only meant to be used for a suggested maximum of 16 weeks while allowing the tissue to cool down and repair; not for years. Ironically, often the symptoms of acid reflux are a result of too little stomach acid (HCL).  Acid blockers allow the pH in the stomach to rise above the optimal 1.5 – 2.0 level. Not only does this now mildly acidic environment not have the capabilities to destroy the bad bacteria, it cannot breakdown and digest foods properly thus leading to reflux and other digestive problems. With low HCL, the gut cannot adequately absorb vitamins and minerals that require an acidic environment to be absorbed properly. Allergies and asthma are also symptoms of low HCL.
Are you seeing the connection here? The gut and how it affects your overall health is undeniable. Once you disrupt the balance of gut flora and HCL thus interfering with absorption of nutrients; how could you expect NOT to be adversely effected? So before you reach for another prescription to mask your symptoms; consider the bigger picture. The long term benefits are worth it!
Lisa Mittry, CNC, CPT
“Driven by Passion, Inspired by Love”
Located In:
La Costa Chiropractic and Wellness Center
6986 El Camino Real, Suite F
Carlsbad, CA 92009
760.438.9548
818.389.1914
Posted by Lisa Mittry, CNC, CPT at 4:18 PM No comments:

" Just Zap it in The Microwave" 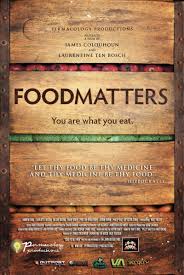 Acid Reflux and Your Gut Health

As a Nutrition and Wellness Consultant, one of my many beliefs, and that of numerous health professionals, is that “life and death begins in the gut”. I am amazed these days by how many people I consult with who have multiple digestive issues. One that seems to be the most pervasive is GERD (gastroesophageal reflux disease). It doesn’t discriminate by age or sex, and its frequency can be quite disruptive to one’s life. I am sure many of you have seen the numerous commercials on television promising fast relief for your 'acid indigestion' by taking one pill and not having to change your diet at all. Seems simple and harmless enough but, is it? These prescriptions or OTCs are referred to as, ‘Proton Pump Inhibitors’ or ‘acid blockers’. These products were designed by the manufacturers for short term use (about 16 weeks) while allowing for cool down and repair. The HCL (hydrochloric acid) that is being blocked in the stomach is vital to digestive health. Healthy HCL “turns on” Pepsin which is a key player in protein digestion. HCL activates Secretin which “turns on” pancreatic enzymes which help digest vegetables and starches as well as protein and fat. HCL also “turns on” Cholecystokinin which also activates healthy fat digestion. HCL’s main role is to kill the bacteria on foods that can cause GI distress. If you could actually see all the bacteria that was on your food, you probably wouldn’t want to eat it however; healthy HCL is meant to do the combat. We hear on the news about a breakout of dangerous bacteria, salmonella or E.coli on food. What is interesting is that some people become violently ill, while others never experience any symptoms after exposure. I recently heard the questions posed; is there now more salmonella and E. coli, or could it be that people are taking more acid suppressing medications, which leaves them less resistant to the germs? Stomach cancer is on the rise and H.Pylori is associated with it. Could it be that the drugs are suppressing and disrupting?  So what are some of the adverse effects of suppressing HCL?
·         A 2006 study from the University of Pennsylvania demonstrates a serious side effect of acid suppressing drugs. There is a 94% increased risk of hip fractures for people taking a class of acid suppressors longer than one year.
·         Stomach acid imbalances affect how nutrients are absorbed, particularly calcium, B12 and other minerals such as zinc and copper.
·         Acid blockers may then adversely affect bone remodeling or metabolism.
The longer you take these drugs, the higher your risk for potential problems. I strongly encourage you to consult with a practitioner familiar with natural therapies that promote healing. Remember, small changes can equal big results.
Lisa Mittry, CNC, CPT
nutrition@lacostawellness.com
La Costa Chiropractic and Wellness Center
6986 El Camino Real, Suite F
Carlsbad, CA  92009
760.438.9548 (phone)
760.438.1603 (fax)
www.lacostachiropractic.com
“Driven by Passion, Inspired by Love”
Posted by Lisa Mittry, CNC, CPT at 6:05 PM 1 comment:

Not All Salt Is Created Equal

Not All Salt is Created Equal
Reasons to Consider Pink Himalayan Crystal Salt
Containing all of the 84 elements found in your body.
Some know benefits of natural Himalayan Crystal Salt include:
1.    Regulating the water content throughout your body.
2.    Promoting a healthy pH balance in your cells, particularly your brain cells.
3.    Promoting blood sugar health and helping to reduce the signs of aging.
4.    Assisting in the generation of hydroelectric energy in cells in your body.
5.    Absorption of food particles through your intestinal tract.
6.    Supporting respiratory health.
7.    Promoting sinus health.
8.    Prevention of muscle cramps.
9.    Promoting bone strength.
10.  Regulating your sleep -- it naturally promotes sleep.
11.  Supporting your libido.
12.  Promoting vascular health.
13.  In conjunction with water it is actually essential for the regulation of your blood pressure.
Lisa Mittry, CNC, CPT
nutrition@lacostawellness.com
La Costa Chiropractic and Wellness Center
6986 El Camino Real, Suite F
Carlsbad, CA  92009
760.438.9548 (phone)
760.438.1603 (fax)
www.lacostachiropractic.com
“Driven by Passion, Inspired by Love”
Posted by Lisa Mittry, CNC, CPT at 2:14 PM No comments:

But, again results were nor very conclusive. The JACKPOT was found out when OBESITY has been looked at. Another Researcher, Bruce Ames, from Oakland Research Institute, has put forward a new theory: the lack of micro-nutrients, like iron, magnesium, zinc and other vitamins. In some cases, the lack of these is very important, even in USA. For example, 56% of American Adults are lacking magnesium, and 92% lack Vitamin A. Even if the magnitude of the deficiency is small, it is increasing cancer risk. When the body is lacking small quantity of micro-nutrients, it uses them first for vital functions and the short term survival. Other functions, like the cell damage repairs are put aside.
Micronutrient Testing and Supplement Consultations
Are available
Lisa Mittry, CNC, CPT
nutrition@lacostawellness.com
La Costa Chiropractic and Wellness Center
6986 El Camino Real, Suite F
Carlsbad, CA  92009
760.438.9548 (phone)
760.438.1603 (fax)
www.lacostachiropractic.com
“Driven by Passion, Inspired by Love”
﻿
Posted by Lisa Mittry, CNC, CPT at 10:31 AM No comments: